When people ask me, why Doctor of Chiropractic, I always have the same response; ‘I didn’t choose it, it chose me’. I didn’t always want to become a Chiropractic Physician. When I began college, I just wanted to study health and live a healthy lifestyle. It didn’t take long for me to discover a profession that embraced true health and after visiting a couple of Chiropractic Colleges; I had made up my mind that I was born to do this.

I can still remember the nervousness of seventh-grade basketball tryouts and the excitement I had when I found out that I had made the team. Little did I

know that making the team and actually playing were two very different things. After a year of playing second and sometimes third-string, I was determined to play the next year. So much so that I spent every waking minute either thinking about basketball or playing pickup games on the campus of EIU with anyone that would pass me the ball.
As Eighth grade began and the time came for tryouts, I was so excited to show my new skills and take on a leadership position. I was leading the team in stretches and performing in a starting role until a couple practices before our first game. That was when I found out that a simple lay up could cause disabling pain. I was sent to the trainer and given therapy only to go back out and do the same thing again and again.

By the end of the season, the coach had done all that he could to save a place at the end of the player’s bench. This nagging and sometimes disabling pain came and went for the next 8 years and no one ever suggested that I see a Chiropractor! It wasn’t until my freshman year at Logan College of Chiropractic that I had my first Chiropractic checkup. You see at Logan, EVERYONE had a chiropractic checkup and an individual prescription for optimizing their health through proper spinal care. Thank You, Logan!

Today, my mission is quite clear: ‘Live Long. Live Well’. I want everyone to experience the renewed youth that Chiropractic Care

can offer. One of my favorite quotes regarding health refers to the fact that some people seek miracles for their health which would defy the laws of nature and yet they take for granted the fact that their bodies automatically obey the laws in the first place. This is the greatest miracle in all of health care.I believe that you and your family were created to have the most and best of life. 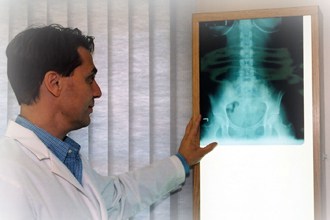 I am here to facilitate those who want to take that opportunity. Applying Chiropractic adjustments to the various joints of the spine and extremities results in specific and powerful effects on the nervous system. Those that have tried it, know exactly what I am talking about.I am married, my wife’s name is Suzi Schuster and we have four children named Katelyn, Ellie, Matthew, and Nicholas. My wife is a gifted mother and homemaker who makes my mission possible and I appreciate the outdoors while fishing, golfing, or watching a game.

How do we live the Live Long Live Well lifestyle?

Enough about me! How can we help you with today’s safe and natural chiropractic care? Back To Health Chiropractic & Natural Health Care is conveniently located across from McDonald’s on Lincoln Avenue in Charleston. Give us a call so we can help you take your first step towards better health. 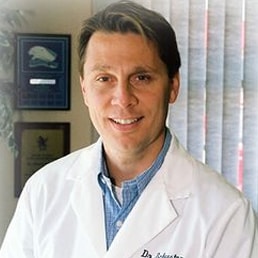 Ready to make an appointment? Schedule an Appointment